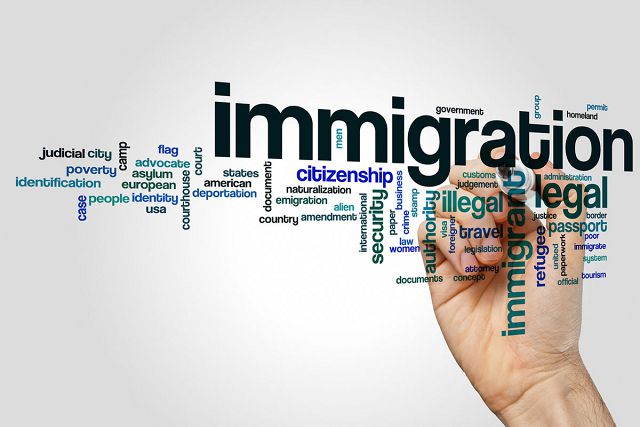 Trump’s administration has been quite active in introducing some significant changes in the enforcement of immigration during the initial half of the year. Lawmakers and key agency officials have been planning reforms for both H-1B and EB-5 visa programs. However, a majority of these reforms haven’t yet produced any results, according to the immigrations specialists. They are essentially an indication of the kind of policies that could possibly emerge from the White House in the second half of the year and ahead.

Let’s have a look at some of the key takeaway points from the volatile immigration policy in the past few months:

President Trump was quite quick in sending out executive orders to build the long-due wall on the Mexico border and strengthen interior enforcement. “Border Security and Immigration Enforcement Improvements” and “Enhancing Public Safety in the Interior of the United States” were filed on January 25th, 2017 and laid down strategies for recruiting a greater number of officers in the Immigration and Customs Enforcement department. They also made it compulsory for local and state jurisdictions to agree to central detainer orders; otherwise, they would lose out on funding.

In June 2017, John Kelly, Homeland Security Secretary officially repealed the directive passed during the Obama administration for the DAPA program (Deferred Action for Parents of Americans and Lawful Permanent Residents). This would have given permission to the legal permanent residents and parents of American citizens to obtain deportation protection and work authorization. But the program failed to come into effect owing to numerous legal hurdles.

Trump had passed an order for banning the entry of individuals from seven major Muslim nations, namely, Iraq, Iran, Sudan, Libya, Yemen, Syria, and Somalia. In addition to this, Syrian refugees were also barred from entering the country and the U.S. Refugee Admissions Program was halted for 120 days.

The popular visa program, H-1B, offers 85,000 temporary visas to trained/skilled workers on an annual basis. In the last few months, this visa program has been the target for numerous proposed changes. President Trump issued the executive order “Buy American, Hire American” on April 18. This order directed the heads of agencies to “recommend reforms” for ensuring that H-1B visas are offered to the highest paid or most skillful beneficiaries.