So what is an Immigration Bond?

An Immigration Bond is an amount of money set by Immigration and Customs Enforcement or by an immigration judge. The FULL amount must be paid. This ensures the detainees appearance FOR ALL REMOVAL PROCEEDINGS.

Is the premium (the bail bond fee) refundable?

No. The bond fee (premium) is the amount of money the client pay to Action to post the bond.

Collateral is anything of value that is placed with the bond agent as security for the bond.

What can be used for collateral?

Collateral can be your home, rental property, land, credit cards and cash.

When is the collateral returned?

The collateral will be release when the defendant completes the whole process with Immigration. Then ICE has to send the I-391 (the order to cancel the case) by mail to Action's office.

How long does it take to get released from jail?

Action need to get everything ready before 2:00 PM in order to pay the bond and the defendant could be release the same day.

How do I know when the Defendant has to go to Court?

ICE notifies the defendant by mail of their court dates.

Who is an alien?

Anyone who is physically present in the United States (US) and is not a United States Citizen (USC), is an alien for purposes of US immigration law. An alien's presence in the US may be either lawful or unlawful.

If an alien either entered the US without being formally admitted at an official port of entry (either air, land, or sea), or was formally admitted but did not depart by the date specified on the I-94 given to him/her at the time of admission, his/her presence in the US is unlawful.

Under what circumstances could an alien need an immigration delivery bond?

If Immigration and Customs Enforcement (ICE) determines that there is sufficient evidence to establish that an alien's presence in the US is unlawful, it may arrest that alien, place him/her in civil detention, and serve him/her with a Notice to Appear (NTA) stating the specific nature of his/her alleged unlawful presence.

What is an immigration delivery bond?

An immigration bond is a civil bond which allows an alien charged with being in the US unlawfully, to be released from detention pending a determination on whether he/she is to be deported from the US. The person securing the bond (either the alien or someone acting on his/her behalf) posts collateral to guarantee the alien's compliance with the requirements of the bond.

What are the requirements of an immigration delivery bond?

Under the terms of an immigration delivery bond, the alien must surrender as required by a properly served notice on the obligor for the bond. This surrender demand is served on a Form I-340. The demand may be to appear for: (1) a hearing; (2) an interview; or (3) execution of a final order of removal (i.e., deportation of the alien from the US. The overwhelming majority of surrender demands are for execution of a formal order of removal. Failure to comply with a surrender demand will result in forfeiture of the collateral posted to obtain the bond.

Who sets the amount of an immigration delivery bond?

Initially an ICE officer sets the amount on an immigration delivery bond. Most bond amounts range between $5,000 and $25,000. If the alien believes that the amount of his/her bond is unreasonably high, he/she may seek a bond redetermination hearing before an immigration judge (IJ).

How does an alien obtain an immigration delivery bond?

Although an alien may post his/her own immigration delivery bond, it is usually someone (e.g., a relative) acting on his/her behalf. This person may post a bond directly with ICE, or work through a company such as Action Immigration Bonds which is licensed to post such bonds. If the person goes directly to ICE, he/she must post the full amount of the bond in cash. If he/she works through a bond company the collateral will be in a form mutually agreed upon with the bond company.

We've helped tens of thousands of people — we can help you, too!

Use this link to locate a detainee who is currently in ICE custody, or who was released from ICE custody for any reason within the last 60 days.

What Our Clients Say About Us

In August 2006, my husband was detained by immigration for not having the proper paperwork on file. Even if we had the cash to bond him out, there was no one within immigration to contact and post the bond. I was confused and frustrated and then I contacted Action Immigration Bonds. They were amazing! I was so desperate to get my husband out of his situation and they helped me through the entire process, which ended up being quite simple. Once they received the paperwork, he was moved and released immediately! I can't tell you how happy I was to go pick him up and have him back at home. I think about that day often. Action Immigration Bonds employees were personable, professional, caring, and understanding. I still can't believe they were able to move things along so quickly when on my own, I couldn't even find any immigration folks to talk to. I would recommend their services to anyone who is trying to get a loved one out of detainment. 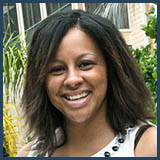 Dear Edward:
Just a note to thank you for the wonderful job your office did in regards to my client Theresa Lopez last week. Everyone you dealt with on this matter has told me that your office was very nice and professional. I was particularly impressed with the speed in which you were able to post the bond and obtain her release - the same day! You guys are the best.

Dear Action:
I am an attorney practicing immigration law in Central Florida, concentrating my practice on finding relief from deportation and removal of immigrants I have been a client of Action Bail Bonds for many years, and have always found them to provide excellent and timely service. They know what they are doing, and get the job done! Fast! And correctly, with a minimum of paperwork! And that's important if you're about to be deported! I am happy to see their new website, which will greatly improve accessibility. I recommend Action Bail Bonds to anybody!