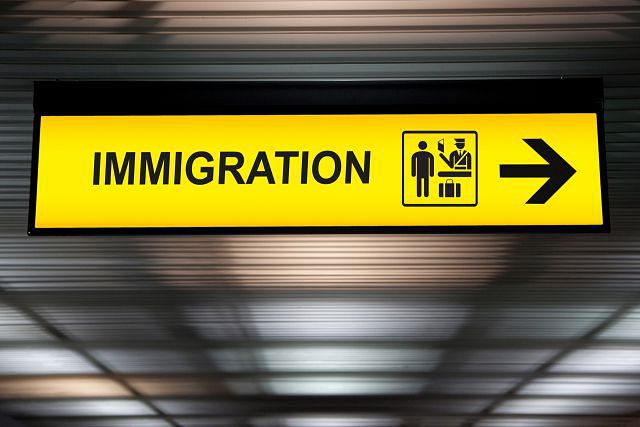 The topic of illegal immigrants has been in the limelight for a while now. And it typically takes your attention to the people coming from the other side of the southern border. But did you know that there are almost 11.3 million individuals who are staying illegally in the United States? How? Well, these people entered the country with a temporary visa and decided to overstay. The immigration system has enabled most of them to conceal their real identities.

Failure to track over stayers

The question that comes to mind with regards to the over stayers is this: How did they escape the eye of the federal government? Even though there are approximately 4.5 million people identified as ‘over stayers’ in the United States, the government has been unable to offer an exact count of individuals with invalid visas. This is simply because there isn’t a proper system for tracking them.

The Center for Migration Studies is an independent research organization in New York City. It recently offered an approximate count of over stayers in the U.S. This amounted to nearly 42% of the 11.3 million (approximately) illegal immigrants staying in the country. These were individuals who stayed back in 2014 after the expiration of their visas.

It is apparent that visa over stayers haven’t received much attention in the crucial discussion on illegal immigration. This is even though a greater number of people with expired visas were arrested in 2016 as compared to those arrested for border crossing.

Statistics on over stayers in America

Homeland Security provided some information on visa over stayers in the country. And this information is probably downplayed to some extent because it comprises only those individuals who reach via sea or air. It doesn’t include those arriving by land and carrying a legitimate visa.

Congress has been trying to encourage the development of improved methods for counting illegal individuals in the U.S. for several years. However, the country is yet to formulate a proper system of calculation and address this problem.