Trump and the Battle for Immigration Reform 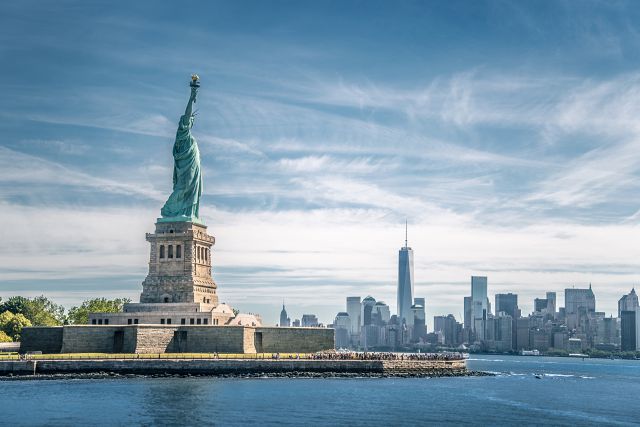 Trump and the Battle for Immigration Reform

It is clear that President Donald J. Trump of the United States prefers fewer illegal immigrants. The problem is his stance on all legal immigration. It remains unclear whether he wants a fewer number of immigrants or simply a change in the present filter so that more skilled workers get admittance into the US. One thing is sure, though, he faces considerable challenges.

Immigration is a superbly complex task. Reform of immigration system is contentious and complex. Even for Trump, with the controlling power of both the houses of Congress, the reforms will be a complex one as they bring out in the open the glaring divisions within the Republican Party. Moves made by him will be minutely watched. The immigration topic was the centerpiece of his campaign. Trump, however, dropped hints that he wanted Congress to pass a merit-centric system which will skew in favor of 'high-skill' workers. Many of his Republican comrades have agreed with him.

Trump clearly wants fewer low-skilled immigrants. This is in tandem with promises made to his voter base. Such kind of immigrants competes with the people who voted him to power. He said that the adoption of a merit-centric system will save large amounts of money and raise the wages of workers. This policy will also help the struggling families and help them enter the middle-class bracket. They will also do it swiftly and be happy in the process.

If one goes by the lessons gained from history, making such changes can be difficult. Proposals like this were made earlier too, with Congress failing to pass any of them. This happened as the Republican Party lawmakers opposed any kind of amnesty for illegal immigrants. The earlier bills did not try to reduce the number of people who could immigrate to the US permanently. One such bill, supported by the then President George W. Bush, limited visas to be sponsored for family members and laid out a complex points system for the admissions. Points were given for education, workplace skills and proficiency in the English language. The Senate bill in 2013 echoed an identical approach. The latter ended preferences for adult married children and siblings.

The present US immigration policy takes into account family unification. Citizens of the United States and permanent residents can make a petition to bring relatives. Restrictions on bringing elderly parents and relatives make logical sense as they entail higher health care expenses.