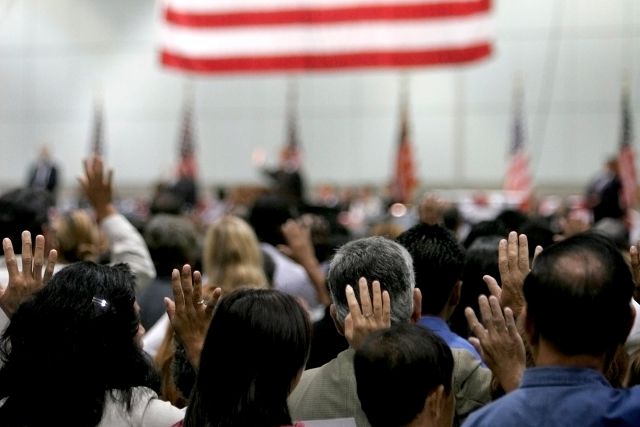 The city of New York announced during the second week of April that about $10 million is being allocated from the fiscal 2018 budget to make a legal defense fund. This money will help to hire lawyers to help immigrants facing deportation. The truth is that such initiatives will come to nothing as President Donald J. Trump will deport noncriminal and undocumented citizens anyhow. Lawyers are required for removal of illegals in front of an immigration judge. The president will not go through immigration court system.

The immigration court has a massive backlog of 542,411 cases as in January end, 2017. Even as if no new cases are filed, the backlog represents approximately two and half years of work for the judges of the court. That Trump is intent to bypass the court is clearly evident in his issued executive order on January 25. In the “Border Security and Immigration Enforcement Improvements”, the order's Section 11(c) instructs the Homeland Security secretary to use the expedited removal proceedings and to take full advantage of the law to do so. If there is an expedited removal proceeding, the immigration officer has the power to order an alien's removal without any hearing from the immigration judge.

The alien can take the option of review before a federal court. However, it is limited to cases where the  person concerned can make adequate claims to be a citizen of the US. He can also claim to be a lawful citizen. The list of alternative ways include admittance to the United States under particular circumstances, like with a refugee status.

If a client makes a persecution claim, the asylum officer finds out whether the client has an actual case of being persecuted. The person concerned is not permitted to access an attorney during the credible fear determination. Since detention is compulsory during expedited removal proceedings, the concerned client will not have any opportunity to collect evidence to support his persecution claim. In case there are grounds for credible fear, the alien will enjoy an asylum hearing in front of an immigration judge. If credible fear claim gets rejected, the alien could ask for a review by any immigration judge. This review can be conducted either by telephone or in person.