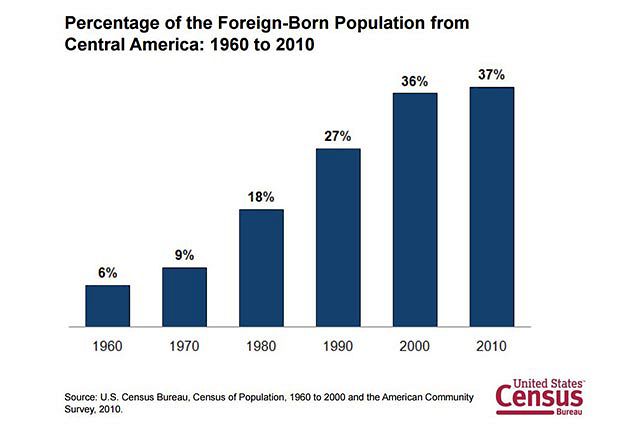 A report published by the Pew Research Center stated that the population of undocumented immigrants residing illegally in the United States remained static for the eighth consecutive year. The number of  Illegal aliens was 11.3 million in 2016. The principal cause for fewer immigrants coming in can be attributed to a better performing Mexican economy. Other factors include tightening of the border security by US Immigration and Customs Enforcement and a marked shift in the Latin America demographics. Previously, immigration into the United States grew for the past 20 years.

Mexico and the wall

The Pew Report illustrates how swiftly illegal immigration has changed its character in the recent years. Mexicans, at one time, made up a major portion of illegal immigrants in the country. In 2016, Mexican citizens made up only 50 percent of the total population. This shows how much the undocumented migration from Mexico has slowed.

Even with these numbers in the public domain, President Donald J. Trump continues to wield the whip on undocumented immigration. Kellyanne Conway, the White House counselor, said to the media that the United States-Mexico border wall continues to be a priority for the Trump administration. This scheme, however, is not to be compulsorily funded in the spending bill next week, thus making it much easier for the US Congress to bypass a shutdown of the government. The Pew Report numbers, critics say, show how much the Trump administration is far from actual reality.

Tackling illegal immigration in the US

The viewpoint is echoed by Angela Kelley of Open Society Policy Center. The senior strategic advisor related to immigration said that, although the United States need to shore up its borders, the government can exhibit real leadership if the administration could deal in a sensible manner with the many undocumented immigrants living illegally in the United States right now.

In response, the White House retorted by saying that they are simply responding to what the voters wanted. The administration made undocumented immigrants an important focus. Sean Spicer, the press secretary of the White House, was questioned why President Trump insists on extra funding for security of the border when the number of people illegally crossing the United States-Mexico border has actually dropped during Trump's initial months in the office. Spicer responded by saying that a few good months in any given year means that steps should be taken to