How Long Are People Held in ICE Immigration Detention Centers? 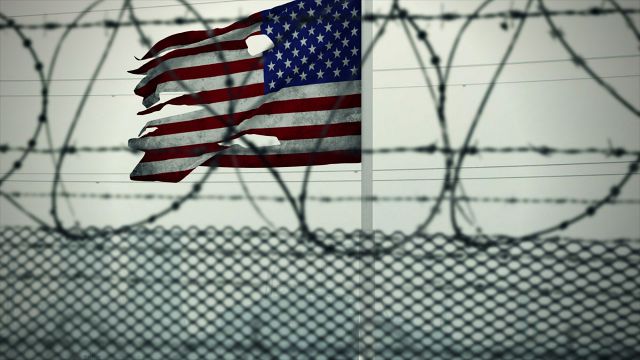 Data from October 1, 2021, states that Immigration and Customs Enforcement (ICE) currently has 22,129 people in detention. However, US Customs and Border Protection (CBP) only apprehended 77% of these people.

ICE is responsible for detaining the remaining 23%. This is because there are many ways to end up at an ICE immigration detention center. How and why the government detains an individual affects how long one will say at the facility.

If you want to know more, keep reading to learn about the ICE detention process.

What Is an ICE Immigration Detention Center?

An ice immigration detention center is a facility to hold immigrants. The reasons for immigrants being in the facilities vary. And sometimes, immigrants with legal status find themselves at one of these facilities.

The Department of Homeland Security (DHS) oversees the most extensive immigration detention system in the world. Additionally, it spends more money on immigration than all other agencies within the department combined.

Yet, ICE facilities are usually private- or government-run facilities. ICE contracts local, county, and state governments and private companies to run more than 200 facilities around the country.

But, the public and non-governmental organizations have repeatedly scrutinized immigration detention center conditions. Filth and abuse are rampant at them. They also lack space and proper food for those at the facilities. They disregard human rights.

And while there is a long list of government agencies to have the power to detain undocumented individuals, the most common are CBP and ICE.

Why Are People in ICE Detention?

As mentioned, there are several reasons why someone is at an ICE detention center.

Many people are at one of these centers because CBP apprehended them crossing the border illegally. So even if someone arrives at the border to claim asylum or refugee status, they will first go to a detention center for processing.

ICE may also detain someone for committing a crime, having an outstanding deportation order on record, or missing a prior immigration hearing. Outstanding removal orders can be pending or past due.

Usually, those in custody are eligible for release if the authorities decide they aren't a flight risk or a danger to the community. But they still may be subject to monitoring or custody requirements.

How Long Until They Can Leave?

With so many factors, the data is unclear. Standard procedures say 72-hours. However, this is rarely the case because of the number of people entering the facilities, even children. Yet, the Flores Agreement says the government must release children after 20 days.

Some organizations suggest the average hold time is less than a month, while others say it's two or three months. But, some people have been in custody for years. Thus, the average length of stay in immigration detention depends on each person and their circumstances.

Get Help For an ICE Detention Center Immigrant

It's not simple to address how long a person stays in an ICE detention facility because of how complex the system is. Unfortunately, that makes it impossible for families to get accurate information and help those detained.

If someone you love is in an ICE immigration detention center, call us at Action Immigration Bonds & Insurance Services. Our skilled professionals can help get your family member or friend released from ICE custody.