How Immigration Has Changed in the United States 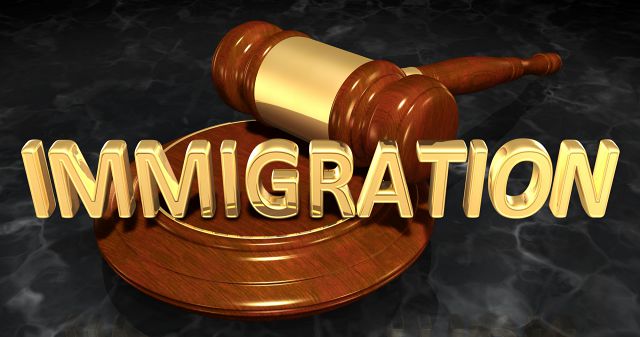 Despite being a land created by immigrants, the United States has often had a tenuous relationship with newcomers. Even centuries later, it still struggles to identify who is welcome into this country and who is exempt from that welcome.

Here's a little bit of information on how immigration in the United States has changed over the years.

Immigration in the United States goes all the way back to its beginnings.

The first data on the nativity of the U.S. population was collected in 1850. At the time, there were roughly 2.2 million immigrants, estimated to be about 10 percent of the total population.

As of 2018, there were more than 44.7 million immigrants in the United States. One in seven U.S. residents is foreign-born, and that doesn't include undocumented immigrants.

Originally, immigrants were pretty limited by the methods of travel that existed. Now, immigrants come from all around the world.

Current State of Immigration in the United States

Even though it claims to be the land of the free, the government puts high importance on citizenship. Rather than provide more ways for immigrants to become legal and documented, they rely on federal law enforcement agencies to deport them.

ICE (Immigration and Customs Enforcement) operates under the jurisdiction of protecting the U.S. from cross-border crime, including undocumented crossings. However, the past few years have put more light on how they truly operate.

Regardless, immigrants have much more rights than they previously held. Not only are there more programs allowing for legal immigration, but at times, they've had protections from deportation and inhumane work conditions.

Employment-based immigration can be either temporary or permanent, depending on the industry. Usually, an employer is heavily involved in this process.

Refugees gain asylum based on the danger they face in their home countries. This can happen due to personal reasons or because of outside issues, such as religious persecution.

There's also a diversity visa program that funnels in immigrants from countries that have otherwise low rates of immigration to the U.S.

And of course, immigrants can apply for U.S. citizenship if they've been here for at least five years.

When ICE does get a hold of a loved one, a bond is posted to the federal government. The actual amount is determined by the Department of Homeland Security, but often, people cannot afford to pay the full amount.

In those cases, an immigration bondsman can act as a middleman with Homeland Security and yourself. Think of it as a loan that helps you get your loved one out of custody.

A key way to know your rights and the current state of immigration in the United States is to keep up with related news.

We provide resources and news on ICE authority, immigration procedures, and more. You can also get consultation and bond referrals.