Here's How to Pay a US Immigration Bond in 2020 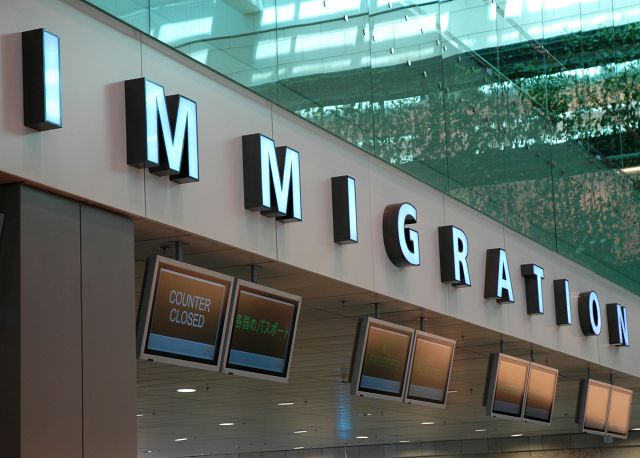 US Immigration and Customs Enforcement (ICE) arrests hundreds of thousands of immigrants every year, and the results of detention vary. Although about 70% of detainees are released within a month of detention, others are held for years.

Luckily, if you are a lawful permanent US resident or a US citizen and you have a friend or family member who has been detained by ICE, you can help get them released by paying an immigration bond.

There are a few important things to know about immigration bonds and paying them, so we have compiled a guide to help you through the process. Read on to learn about how to pay an immigration bail bond.

An immigration bond is a sum of money paid by a lawful permanent US resident or an American citizen to ICE for the release of a detainee. Although those held in ICE detention centers are not American citizens, they still have the right to an immigration bond. However, eligibility may differ depending on the person's actions and whether they are considered a flight risk.

There are 2 types of eligibility when it comes to being released from ICE on bond.

One possibility is that the ICE officer determines that the person is eligible to be released on bond and sets the amount. At a minimum, the bond will be $1,500. Regardless of the amount, bonds typically need to be paid within a week of the decision.

The second possibility is that the ICE officer denies bond and, instead, requires an immigration bond hearing. If this happens, a judge will determine the detainee's eligibility and, if eligible, will set the bond amount.

What Does Paying an Immigration Bond Entail?

Once the decision is made as to whether the detainee is eligible to be released on bond, you will need to write a cashier's check to the Department of Homeland Security for the determined bond amount. You will need to present your original social security card and a current photo ID.

Once the full amount is paid, ICE will communicate with the facility where the person is being held to organize their release. Usually, within an hour or so, you will be able to go to the detention facility to pick up the individual.

It is important to keep in mind that release from ICE does not signal the end of the deportation case. The individual will need a permanent address, will need to be present at all future court dates, and will need to closely follow all instructions so the immigration case has a positive result.

Where Do I Pay an Immigration Bond?

If you are paying an immigration bail bond for a friend or family member, you will need to contact the local immigration bond office to make an appointment with a bond officer. You can call your local ICE office to do this, and they will inform you of the specific steps to take.

Rember that ICE does not accept cash or personal checks, so you should go to your appointment with a cashier's check on hand.

Bail Your Loved One Out

If immigration detains your loved one, it can be a scary and uncertain experience, but there are resources available to make the process of paying an immigration bond easier to handle. If you have more questions, you're not alone. Visit our Frequently Asked Questions page for further clarification and information.