Expired Visa? Four Reasons You May Be Sent to an Immigration Center 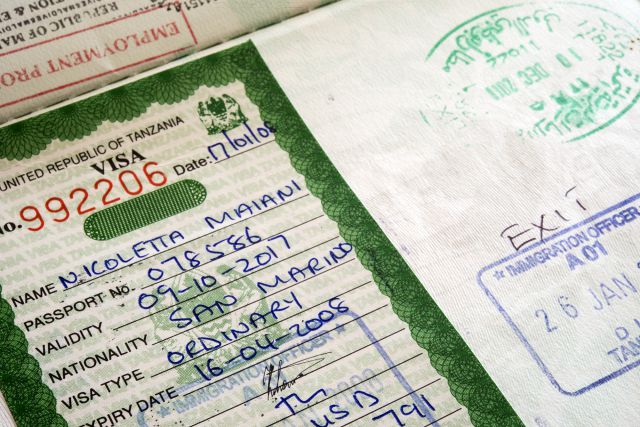 As an immigrant, the last place you want to end up is stuck in a detention center. Not only can it result in expensive fines and deportation, but the conditions of these detention facilities are also notoriously inhumane.

Something as simple as an expired visa can land a legal immigrant behind bars. That's why it is so important to have a thorough understanding of the United States immigration system.

Keep reading to learn the four most common reasons you might find yourself at an immigration center.

The most common reason for getting sent to immigration detention facilities is overstaying a visa. When you get a visa to enter the United States, it has an expiration date.

Visas require immigrants to comply with strict rules regarding their stay in the country. In the event you stay beyond the expiration date of your current visa, you may be sent to a detention facility and deported.

Depending on the length of time you overstayed your expired visa, you may be banned from re-entry temporarily or permanently. It is important to make sure you don't have an expired status.

The only way for an immigrant to legally remain in the United States indefinitely is by possessing a green card.

Despite the fact that US-born citizens are more likely to be arrested for violent crimes, drug crimes, and property crimes, there is a significant focus in the United States on crimes committed by immigrants.

Immigrants in the United States are not permitted to engage in any type of criminal activity. This includes crimes as common as DUI all the way up to felony crimes.

Getting into any kind of legal trouble can result in getting sent to an immigration detention center or having your visa revoked. It is in your best interest to avoid any involvement in criminal activity.

The conditions of illegal entry into the U.S. include any of the following:

Entering the US illegally can also have negative consequences if you want to apply for a visa or green card later on. The more times you attempt illegal entry, the more severe the consequences can get.

Immigrants to the United States are required to be able to financially support themselves and their families. They must either earn a living that allows them to be self-sustaining or have financial support from elsewhere.

If a legal immigrant becomes dependent on financial assistance, the government may revoke their visa and send them to an immigration detention center.

Even after getting a green card, it takes a while before legal immigrants are able to get financial assistance. Legal immigrants are not eligible to receive government benefits until they have resided as legal residents for five years.

How to Get Released From an Immigration Detention Center

When a loved one is in an immigration detention facility for an expired visa or any other immigration law violation, it's important to know what steps to take to get them released.

Whether documented or undocumented, most immigrants have the right to post bail and get released from a detention center. Contact Action Immigration Bonds to learn about your options today.