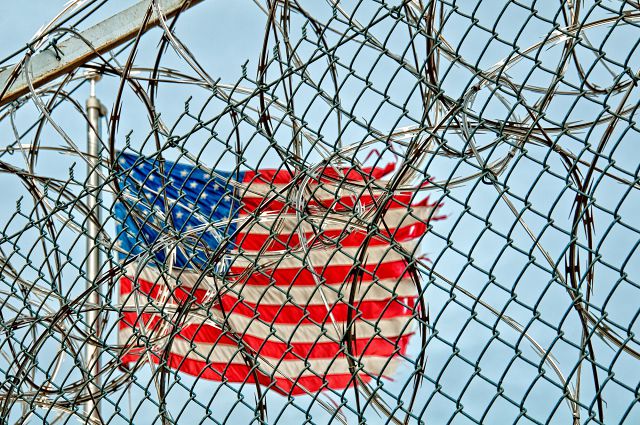 Did you know that the United States keeps the world’s most large-scale immigration detention system? In 2019, the US government, through Immigration and Customs Enforcement (ICE), has detained over 500,000 people.

Federal immigration detention isn’t much different from prison or jail. There’s also a possibility that the ICE will house the immigrant alongside state prisoners. In recent years, the ICE is increasingly going into contracts with police departments to house detainees.

It’s distressing to receive news that ICE has a loved one in detention. And hearing that they have to post bail causes a lot of confusion.

Criminal bail bonds and immigration bonds have common features, but they’re used for different purposes. Continue reading to learn the differences between the two.

What Are Criminal Bail Bonds?

A criminal bail bond is one way to post-bail to secure the release of the accused from jail. It’s a type of surety bond provided by a bond company through an agent or bondsman.

How do bail bonds work?

When someone is arrested for a crime, they either stay in jail until their court date, or they can pay the bail amount set by the judge. While the person charged can pay it themselves, the cost is typically prohibitive. In this case, they can seek help from a bail bondsman.

The bondsman will post bail on behalf of the defendant in the form of a criminal bail bond. The accused has to pay a percentage of the bond (usually 10 percent) to the agent, which is non-refundable.

The bondsman will then secure collateral that would cover the rest of the bail amount. That’s because they’re responsible for the bail cost should the defendant fail to appear in court.

What Are Federal Immigration Bonds?

1. Department of Homeland Security sets the bail, not a court judge.

2. It’s not necessary to have committed a crime, although that’s one of the reasons. The ICE can hold an immigrant in custody if they arrived at the border without a valid visa or if they have an outstanding deportation order. Missing prior immigration hearing dates is also a justification for detention.

3. Immigration and criminal bonds are separate items. It’s possible to have one on top of the other.

4. Under the federal immigration law, some people are not eligible for a bond. Certain requirements have to be met.

5. The alien in question can avail of two types of bonds. Delivery bonds ensure that the detainee shows up for the immigration hearings, similar to criminal bail bonds. On the other hand, they can also opt for voluntary departure bonds so they can settle their affairs to allow them to leave the country voluntarily.

6. The ICE doesn’t accept partial payments for the bail.

Worried About Posting Bail for the ICE? We’re Here to Help

You don’t have to do this alone. If someone you know has been held for federal immigration charges, don’t panic. We can help you through this difficult process of acquiring an immigration bond.

Contact us today for help with paying immigration bonds or discussing your options.