All About Your Rights: What Can You Do If ICE Detains You? 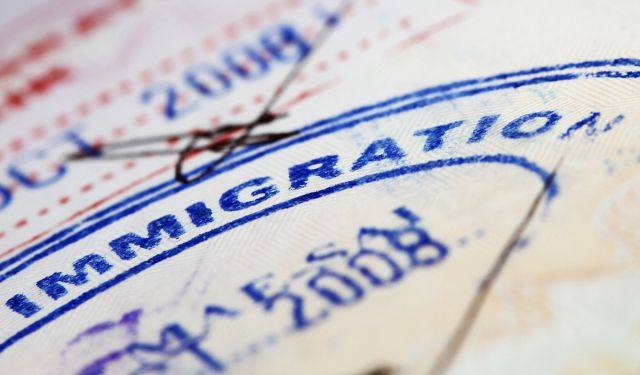 In 2018, ICE arrested and detained over 150,000 people. The detention process isn't transparent. If you or a loved one is in detention, you can't always get the information you need.

It's important to know your rights in case you're detained by ICE.

Read on for information about immigration bail bonds and deportation.

Why Does the Government Detain Immigrants?

By law, the government can detain and deport anyone without lawful immigration status. A lawful permanent resident can also be deported if he has a certain type of criminal conviction.

ICE focuses on deporting those with pending criminal cases or prior convictions. They also focus on those they believe are a threat to the public.

Have you misrepresented yourself in an application to the government? Then you're also at risk.

What if an ICE Agent Approaches You?

Remember that you have the right to remain silent. If an ICE agent approaches you and calls your name, don't answer. Instead, ask, "Am I free to go?"

If the agent says you can't go, tell him you don't want to talk and that you do want a lawyer.

Don't consent to any type of search. Never resist or run. Don't give any false documents or lie.

Don't give them any information about where you were born or what your immigration status is. Don't give an agent an expired visa or any other type of foreign document such as a passport.

Always ask to see a defender if you're in court for a court date before an officer or agent takes you anywhere.

If You're Arrested by ICE

If an agent arrests you, remain silent and ask for a lawyer. Don't lie, and don't share any information about your status or where you were born.

If you're arrested by another law enforcement agency and they contact ICE, they can hold you for 48 hours. After 48 hours, if an ICE agent hasn't taken custody of you, they must release you.

If you're detained by ICE, you have the right to call a family member. You can also call a friend, employer, or a lawyer. You get one free local call.

A deportation officer determines whether you're eligible for release on bond. If the officer won't grant you a bond, ask for an immigration judge. It's your right to ask the judge to reconsider the officer's decision.

If the judge allows your release on an immigration bond, you can go to your home in the U.S. after payment.

If you're worried about being detained by ICE, know your rights!

If you're arrested and detained, never resist. Remain calm and polite. Don't give any information and ask for your free phone call.

Call a reliable family member or a lawyer. If the judge grants you an immigration bond, you'll be able to go back to your home until deportation proceedings.

Need help with an immigration issue? Contact us for a free consultation.