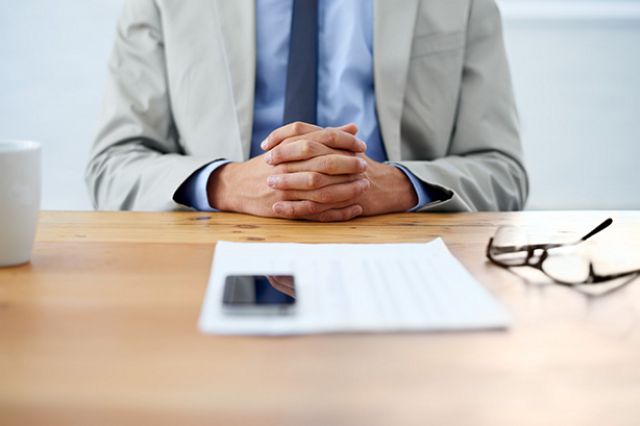 With U.S. Citizenship and Immigration Services starting interviews for employment-based green card applicants, attorneys are preparing clients for a new step in the immigration process, including what key materials to bring.

In a blast from the past, USCIS announced in late August that beginning on Oct. 1, the agency would start to implement interviews for employment-based green card applicants.

The change, the agency said, was part of its game plan to enhance fraud prevention, and the announcement cited the executive order that created the second, now defunct travel ban. That order also called for a program to identify people hoping to fraudulently enter the U.S., and referenced screening steps like in-person interviews.

“We have seen, over the years, employment-based interviews — it's not entirely unknown,” noted Robert Cohen, an attorney with Porter Wright Morris & Arthur LLP. “But it was a small percentage of cases, and generally speaking, those cases were scheduled because there was a particular problem.”

A representative for USCIS also noted that the procedure for interviewing immigrants for work-based green cards was never officially “phased out,” and that the agency “has interviewed several thousand employment-based adjustment of status applications each year.”

Notably, however, all employment-based cases will be subject to interviews at USCIS field offices across the country. The spokesperson for USCIS, Arwen FitzGerald, said the 10 field offices that will get the biggest number of employment-based adjustment of status cases in the next fiscal year are San Francisco, San Jose, Newark, New York, Seattle, Chicago, Houston, Atlanta, Dallas and Los Angeles.

Diane Rish, the associate director of government relations at the American Immigration Lawyers Association, agreed with that list.

“These 10 offices will likely be most impacted by the new workload generated by the in-person interviews because these offices are located in cities where a large number of employment-based adjustment of status applicants live and work,” Rish said.

With the interviews kicking up, here are some tips on how to handle them.

Do a Thorough Case Review and Prep Your Client

As an initial matter, attorneys said they scrutinize the person’s application, just to make sure there aren’t any issues. Rebecca Sigmund of Ogletree Deakins Nash Smoak & Stewart PC noted her firm re-reviews both the I-140 application from the employer, which sponsors the green card applicant, and its I-485, which is filed when applying for permanent residence status.

“[We’re] making sure everything is up to date, and looking for any changes ... personally, and within the case,” Sigmund said, adding that if there are traffic tickets or “any other incidents that need to be cleared out before the interview,” they’ll also take a look at those issues.

Attorneys also recommend doing a preparatory call or in-person talk with the client about what to expect at the interview, and topics to review may include how long they’ve lived in the U.S., why the client traveled to certain countries, whether they’ve maintained their status or being able to explain status gaps, their work history, and issues regarding employer changes, according to attorneys.

“We go through the entire gamut of questioning right from the form, the I-485,” said Charles Kuck of Kuck Immigration Partners, noting they also make sure clients understand the basis of their I-140 forms.

Clients should also be prepared to go “all the way back to the beginning” of their immigration journey, according to Kuck, including back to their interview at a consulate abroad.

Foreign nationals will also want to bring the correct documents to these interviews, which can be quite extensive.

“We’re talking about files that are 20 and 30 pounds,” said Dyann DelVecchio Hilbern of Seyfarth Shaw LLP, adding that “it just makes sense to bring everything.”

Materials to bring along include birth certificates, passports, their driver’s licenses, recent pay stubs, their employment letter, a copy of their I-140, and a copy of their supplemental J form, which is the confirmation of their “bona fide” job offer.

“Usually, all of the regular documents [to bring] are passports, current visa, current I-94 entry document ... current employment verification letter, payroll records,” said Marcela A. Mendoza of Jackson Lewis PC. “Everything that shows that they are still employed per the application that we filed, if it's sponsored by the employer."

Consider Having an Attorney at the Interview

It can be an additional expense for clients, but having a lawyer come to the interview may be a smart move for applicants, attorneys said.

Lisa Spiegel of Duane Morris LLP, said attorneys are there to be the person who “makes sure everything goes smoothly” and ensures all the documents are organized, but they’re also there to serve as advocates for their clients.

“Our job is to prepare them, because it's their testimony,” Spiegel said. “But if something goes wrong and we need to ask for a supervisor, that's what we're there for, also."

If an attorney doesn’t live in the same geographic region as their client, and the company doesn’t want to pay to fly them out, they may also need to enlist a trusted lawyer at a different law firm to go to the interview.

"[For] some of these, this is a major expense, because it involves a lot of travel,” said Robert H. Cohen of Porter Wright Morris & Arthur LLP. “And so, I'm using a combination of travel and talking to local counsel who can substitute for us.”

It may be easy to forget amid all the technical information and travel logistics, but attorneys also noted that clients should dress professionally, and be respectful during the interview process. Spiegel noted that she’ll walk clients through the steps of what happens at the immigration service’s office, including handing in their notice, where they’ll wait and the fact that they’ll be sworn in.

“[The] all-important thing is never be late. Be early,” Sigmund advised. “Know that you have to go through security to get to a waiting room, and there is a process. And no officer likes someone being late.”

At the end of the day, though, as nerve-wracking as this process can be, preparation can be key for helping your client feel less on edge.

“[A] comfortable client will have a relatively good interview,” Kuck said. “Clients that are nervous — officers pick up on this. They're trained interviewers, they pick up on this stuff. So you need to prepare your client, and not just assume they're going to be OK.”