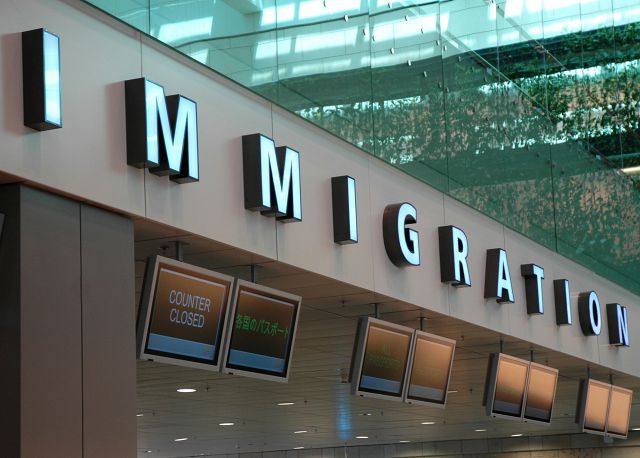 It can be heartbreaking if a friend or relative is detained over their immigration status.

Over 380,000 immigrants are detained by officers every year. If your loved one is in detention, you'll likely want to do everything in your power to have them released.

With detention comes a price, however. If you're looking to get your loved one released, the cost could come as a nasty surprise, especially if you don't have much experience navigating the American immigration system.

It's time to become informed, fast with these 3 need to know facts about immigration bail bond cost.

There Are Two Types of Bonds

If you have someone in detention, the bond you have to pay will be either a delivery bond or a voluntary departure bond. These are only available to those who are not considered a security risk to the nation.

A delivery bond is for undocumented detainees who require a judge or official to recommend their release on bail. This requires an arrest warrant to have been served before it can be agreed and will require the detainee to attend every subsequent hearing on their status.

A voluntary departure bond offers the detainee a choice to leave the country on a voluntary basis and at their cost. Once they've done this and ICE can confirm it, the bond will be repaid to them, but if the detainee doesn't leave or absconds, they lose the bond.

The Cost Is Dependent on the Risk

The bail bond cost will be set by an immigration judge or official. The official will consider the detainee's history, and this will have an impact on the cost of the bond.

Criminal convictions, existing ties to the United States (such as family) and their current employment can all have an impact. The better the detainee's situation, the less you may have to pay.

A minimum cost of a delivery bond is around $1500, but it can substantially increase depending on if the detainee is a risk. A departure bond may be less than this at around $500 minimum cost.

There Are Two Ways to Pay

There are two ways to raise the funds to cover the Immigration bond cost.

First, raise it yourself. A cash bond can be paid directly to ICE, but you should be aware that you won't be refunded this until after the immigration process is complete, which could take time. You will need to fill out the relevant bond forms, copies of which you can find here.

If you don't have thousands of dollars available, the best option is to obtain a surety bond, like the ones we offer here at Action. We'll require collateral to make sure that the bond can be repaid, but we offer various means, including the use of cards, land or your home.

We'll require an I-391 notice of bond cancellation form from ICE to release any collateral after your case is complete. Learn more about the process with our FAQ guide.

The immigration system isn't designed to be friendly or easy to navigate. Don't let that put you off when you have a loved one in trouble.

With a loved one in detention, you have to move fast, and we're here to help, with multilingual staff and a quick, confidential service. Don't just trust our word for it - take a look at why you should consider Action from the words of some of our past clients.