What is Daca and who are the Dreamers? 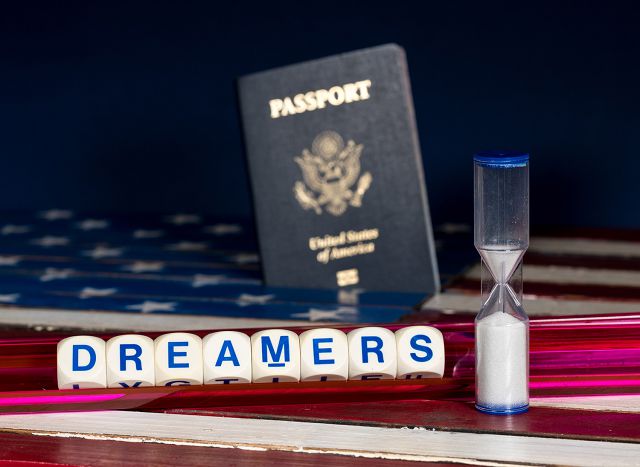 Although the shutdown may be over, the political struggle over immigration continues apace-- and a North Carolina senator is at the center of the storm  Thom Tillis has been one of the most ardent supporters of the “Dreamers”, making him something of a rebel within his party.

Who are the “Dreamers”?

The term “Dreamers” is used to describe those who fall under the protection of President Obama’s “Deferred Action for Childhood Arrivals” (better known as DACA) executive order. The name originates from the term “the American dream”.

DACA was a revolutionary piece of legislation that passed a kind of amnesty for illegal immigrants who arrived prior to January 1st, 2012 and were under the age of 31 on June 15th, 2012. This means that most Dreamers are between the ages of 16 and 35. This group could apply for Dreamer status, which grants conditional leave to remain for a period of at least two years (and is renewable for a longer duration). Participants in the Dreamer program were able to obtain work permits, health insurance, in-state tuition support, and various other benefits. While the Dreamers do not become US citizens, they are granted many rights that allow for extra security and protection.

To be accepted into the program, Dreamers have to pass a series of checks regarding their legal history and must complete high school or military service. For their participation in their program to be renewed, Dreamers have to remain employed, in education and meet additional legal requirements.

The suspension of DACA

Despite the general and bipartisan popularity of the program (polls consistently find around 80% of the populace support the Dreamers), Attorney General Jeff Sessions announced that the program would no longer be accepting new applications from March 2018. This also meant that renewals would not be processed. Congress was given six months to find a legislative alternative for DACA, which has proved to be an onerous task.

The lack of agreement on DACA was one of the primary reasons why the government shut down for two days in the middle of January. The deadline for DACA legislation is March 5th 2018, and sadly, relatively little progress seems to have been made. While the shutdown was ended in the space of a long weekend, the issue remains frustratingly short of any substantive solution that could win support in both houses of Congress and the President.

The cancellation of DACA has put the futures of over 800,000 people in jeopardy. This includes people who have lived and worked in the US for the majority of their lives after having been brought to the country as children. With the end of DACA -- and no suitable proposal for a replacement scheme seemingly in the making -- people who have previously been seen as almost-citizens may find themselves facing legal threats in the future.

A “Gang of Six” have been meeting frequently to try and find a solution to the DACA problem; senators from across the aisle who are attempting to find bipartisan solutions that can successfully be passed into law. This group includes House Majority Leader Kevin McCarthy and House Minority Whip Steny Hoyer. It is thought the most likely compromise will come from this group, which includes a number of “big hitters” from both sides of the house.

As well as the main Gang of Six, Republicans including North Carolina senator Thom Tillis and James Lankford of Oklahoma, have been working on their own bill that would provide security for the Dreamers as well as strengthen the southern border. North Carolina’s Tillis has been a longstanding advocate of bipartisan immigration reform, though he has reservations about the proposals offered by the Gang of Six. Democratic senators have also been working on a version of DACA that does not include additional border controls; this group includes Elizabeth Warren and Bernie Sanders.

All of the above means that there are three distinct groups working on the same issue-- but will they find a solution, and end uncertainty for the hundreds of thousands of DACA-eligible people in the US?

For those who support the Dreamers, the idea of a sudden change in the status of nearly one million people is unacceptable. Unless a legislative proposal is brought forth in the next few weeks, it is feasible that DACA recipients could find themselves subject to legal challenges and thus require the need of Amistad Bail Bonds and similar providers in the near future. For their sakes and those of their families, it can only be hoped a compromise can be reached.