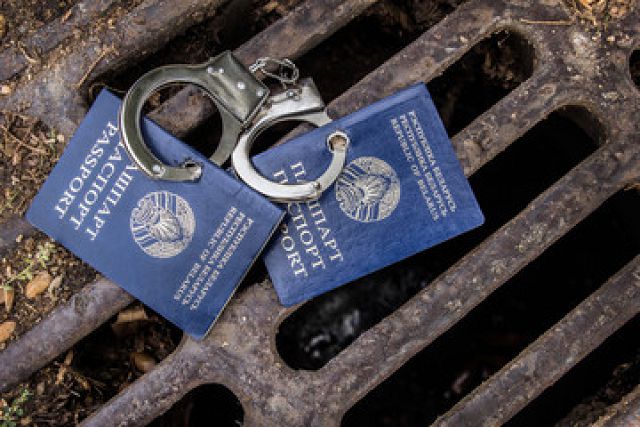 You've been arrested for a minor offense. The jailers will release you after the end of a 48-hour hold. Then, the guard says you're not going home. The federal government requested that the jail keep you for an additional 48 hours. From there, the government intends to deport you to your place of origin.

But you're not an immigrant. Moreover, keeping you beyond 48 hours is unconstitutional. They also never charged you with a crime. You ask the jailer why you're staying in jail, but he won't explain why.

What do you do?

There's nothing you can do for the time being. Under an immigration detainer, Immigration Customs Enforcement (ICE) can formally request jails to keep inmates for an additional 48 hours.

Local officials can decide if they want to accommodate the federal request. If they do, the feds will arrange for your apprehension and possible deportation.

Immigration detainers open the door to racial profiling and unjust detention. Moreover, immigrants struggle to get bonds under an ICE detainer. This article will show you how you can fight an immigration detainer. Keep reading if you wish to know your rights.

How Does An Immigration Detainer Violate the Constitution?

An ICE detainer violates the Fourth Amendment. Under the Fourth Amendment, federal authorities cannot detain a suspect without probable cause. A suspect also cannot challenge the request before it proceeds. Additionally, officials do not notify detainees about the detainer.

However, immigrants have access to constitutional protections, including illegal immigrants. The violation of immigration policy is not a criminal matter. It is only a civil offense.

How Long Can They Hold Me?

Immigration detainers come with an additional 48-hour hold. But authorities have kept detainees beyond the maximum hold time.

In this case, you can file a lawsuit against local and federal officials for false imprisonment. Also, the government violated Habeus Corpus by detaining you beyond 48 hours.

How Does It Affect My Bond?

Federal detainment could cause a judge to issue a higher criminal bond. Further, a judge could deny you a criminal bond altogether.

A judge could block bail because they believe you would fail to attend trail due to the detainer request. If ICE declines an immigration bond as well, you can request an immigration hearing if you feel it's an unjust decision.

How Does It Foster Racial Profiling?

Racial profilers consider a person guilty until proven innocent. Under U.S. laws, all defendants are innocent until proven guilty. Immigration detainers contribute to racial profiling in the following ways:

How Can I Fight Back?

The best way to fight back is to file a lawsuit against the jail and DHS. Detainees have little recourse under an immigration detainer. But you can follow with legal action thereafter. However, numerous individuals have filed lawsuits against immigration detainers and won.

Obtaining a bond under immigration detainers can be difficult. For more information on immigration guidelines, click here to know your full rights.