What Happens After an Immigration Bond is Posted? 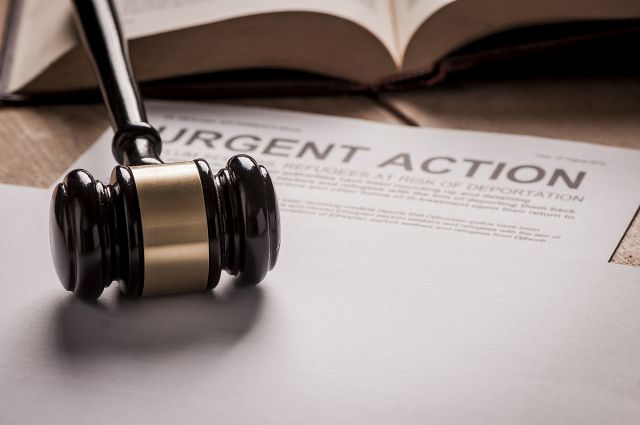 Did you know that one of the fastest ways to get out of ICE detainment is to secure an immigration bond? Immigration has several highly specific rules governing when someone can be held in immigration custody, but when you need to get out of detention to move the process along, a bond can be a good way to do so.

First, though, you have to understand the process.

How Does an Immigration Bond Work?

An immigration bond is not a fine, but rather a guarantee to the government that if you are released from custody, you can be trusted to attend all of your hearings and abide by the judge's orders. Basically, it means you're able to be released from ICE custody until your immigration trial concludes. This is great news for immigrants—such proceedings can stretch on for months, even years, and if a bond is available, it should be pursued.

There are four types of bonds:

In order to be let out of a detention center on bond, you, your sponsor, or a loved one must pay bond money to DHS. The rules for immigration bonds vary somewhat depending on the administration, but as of 2021, the basic rules are that an ICE agent must set the bond amount or the detainee must request a bond hearing before an immigration judge.

What Happens After Immigration Bond is Posted?

After an immigration bond is paid and posted, you are released from ICE custody on the understanding that you must show up for all of your immigration hearings.

This does not guarantee absolute freedom. Your case is not over, and your bond is only good as long as you continue to attend hearings while out of detention. If you miss even one hearing, you may be ordered deported and ineligible to reenter the U.S. for five years (in some cases, as high as 20 years, or permanently).

First, though, comes the bond hearing, which establishes your eligibility to receive a bond.

Not everyone is eligible to receive an immigration bond. There are several reasons you may be deemed ineligible, but one of the most common is if you were detained after trying to enter the U.S. illegally, if you have any firearms or drug-related convictions, any kind of aggravated felony conviction, or if you served jail time for theft, burglary, documentation fraud, obstruction of justice, or any form of violent crime against another person.

Posting a Bond and Getting an Immigration Bond Refund

Either way, if you are deemed eligible and the bond is posted, your immigration proceedings will carry on as usual—as long as you obey the rules. Once payment is received, you are generally released that same day and allowed to return home until the case is resolved.

During this period, you can more or less carry on your life as long as you continue to appear at regular check-ins with ICE and appear at your immigration hearings. If you don't, you can be detained or deported. If your immigration bond is canceled, you can start the process of getting a refund.

Your Guide to the Immigration Bond Process

What happens after immigration bond is posted often depends on the case, but as long as you obey the rules and continue to appear at your hearings, you can go home and live your life outside of detention while your immigration proceedings continue.

Our job is to make the whole process easier, with a talented staff of multilingual professionals to guide you through your immigration bond and hearing. That way, you can focus on what matters: working toward your best possible outcome with your family.

If you or a loved one need guidance through the process, check out our immigration bond resources and get in touch today to learn more about how we can help.