The Difference Between Federal Immigration Bonds and Bail Bonds 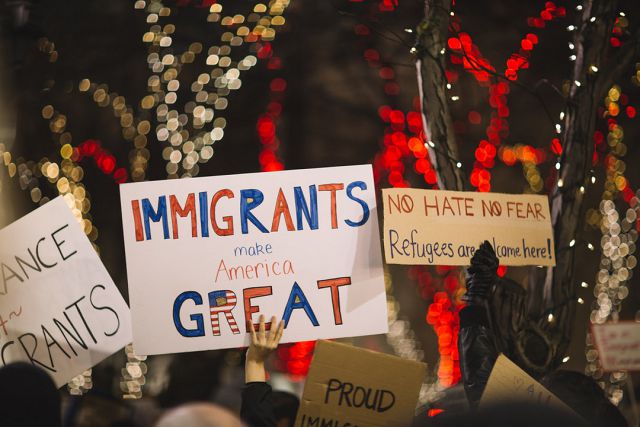 Even though the incarceration rate in America has dropped, and in 2019, it was the lowest since 1995, people are still detained for immigration reasons.

If you know someone in immigration detention, you're probably looking for ways to help them and pay funds for their release.

Immigration bonds are similar to regular bail bonds. But, you must meet some specific requirements with Immigration and Customs Enforcement (ICE).

So, here are the main differences between immigration bonds and bail bonds.

What Are Federal Immigration Bonds?

Immigration bonds are a method where you pay a set amount of money that guarantees a person investigated by immigration in the United States will show up for a future hearing. In the meantime, they can be released.

The most common reason that someone is arrested by ICE is that they suspect a person is illegally living in the United States without the correct paperwork.

You are not eligible for immigration bonds under the following circumstances:

Although, if a person is not determined as a risk and doesn't have a criminal record, they could qualify for immigration bonds. It's important to double-check with immigration services to ensure someone is eligible.

They are a delivery bond, voluntary departure bond, public safety bond, and order of supervision bond. So, an immigration bondsman will determine which option is best for your situation.

What Is the Difference With Traditional Bail Bonds?

The main difference between immigration bonds and traditional bail bonds is the cause of detention. For example, a person might not have committed a criminal act like theft but is detained for paperwork or residency status.

In some cases, you might be able to apply for a bail bond in an immigration case.

This is only possible when residency is granted to a person, or an immigrant is deported before their hearing. But, if they can provide valid proof of address, it's also possible to get bail bonds.

Ultimately, both types of bonds are used to release people from detainment. But this is only on the promise that they will return for a court hearing.

The important thing is to get a professional to help with the process and sign all the correct paperwork for immigration bonds. That way, you can look after your loved one when they are going through this difficult time.

You need to focus on immigration bonds when trying to get someone released from a detention center. Or, you will spend wasted time on bail bonds that are unsuitable for the situation.

Thankfully, our team has lots of experience with immigration bonds and how to make sure your family member or friend is released from detention before their hearing.

So, reach out to find out more and organize the proper immigration bond today.