How to Check if You Meet the Minimum Immigration Bond Requirements 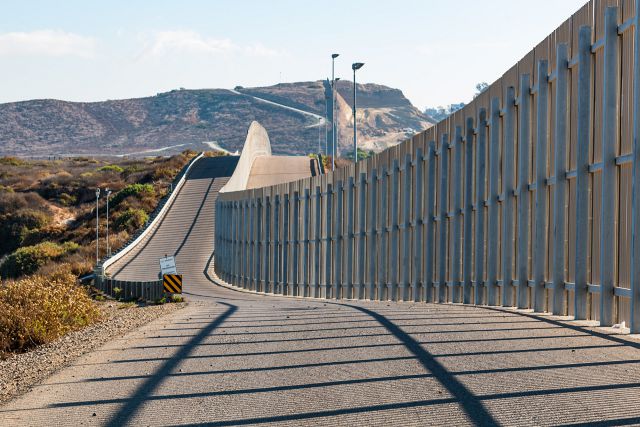 Following President Biden’s first 30 days in office people being arrested by ICE and held in civil immigrant detention fell 62% from 5,119 in 2021 to 1,970 in February 2021. During that same time frame, those being turned over to ICE following an arrest by Border Patrol at entry points rose from 3,024 to 4,696. By the end of February 2021 ICE had a record low of 13,529 persons being held in ICE detention, 7,097 of those with pending immigration cases.

Whether by an ICE officer or at an immigration bond hearing, your eligibility for bond will be the main consideration. Those who are eligible are able to prove they are not a flight risk nor a danger to the community.

You will not meet the eligibility requirements for an immigration bail bond and are an inadmissible alien if:

Under any of the above if you attempt entry you will be held in a detention center. If you gain entry illegally without inspection and are later caught you will not be able to obtain an immigration bond.

A U.S. Permanent Resident Convicted of a Crime

This will depend on the type of crime you receive a conviction for, as well as the penalty. If you are a green card holder and receive a sentence for one or more years in prison you are deportable. You will not be able to obtain a bond.

If you previously entered the U.S. illegally and left voluntarily or were deported, and are once again here illegally, you are ineligible for a bond. In these circumstances, there will be a reinstatement of the original order for deportation or removal.

There are some situations where there is no enforcement of the reinstatement of removal. This includes aliens who apply for an adjustment to their legalization or status by a class-action lawsuit. Others include:

Exceptions are also made for those who are victims of human trafficking.

If you are requesting a bond hearing you will need to bring specific documents to support your case. This includes a sponsor letter that explains the relationship between the sponsor and detainee and the address where you will be living.

You also want to bring as much documentation as possible to prove you have ties to the community. This includes proof of legal relatives in the country, tax records, letters of support from friends and family, and proof of community involvement. Bring evidence of your immigration status, including social security records, medical records, proof of marriage, educational records, and more.

Upon receiving an immigration bond you or your loved ones will need to know how to properly pay the immigration bond. This includes scheduling an appointment with ICE and paying with a money order or cashier’s check.

I Can’t Pay My Bond

If you lack the funds to meet the immigration bond requirements, contact a professional immigration bond service. At Action Immigration Bonds we answer your calls 24 hours a day, 7 days a week at 800-940-8889.

We work to obtain a release from jail within hours. Call us today!