How Immigration Reform Became the Most Controversial Hot Topic 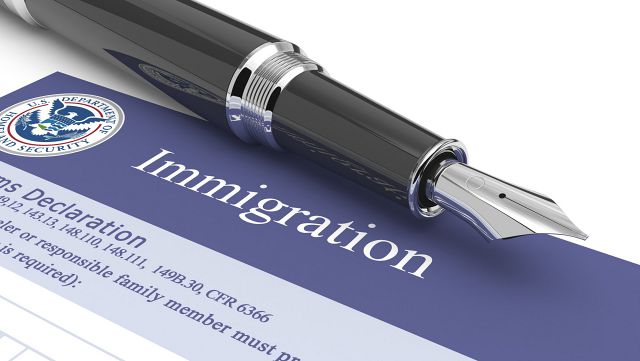 There's no doubt about it: if you talk about politics in 2019, then you inevitably talk about immigration. But immigration has not just dominated the last election cycles. It was a considerable issue way back in 2008, too.

Why is it such a dominating issue? Well, if you avoid any deep divide into the American national psyche, you can point to one problem: a failure to pass what pundits call "comprehensive immigration reform."

Let's take a look at what immigration reform means and how it's failed to come to fruition in the recent past.

What Do They Mean by Immigration Reform?

Immigration reform is a word that echoes across the United States. It also means very different things to (very) different people.

Broadly, it refers to the catchall term for attempts to change or actual changes to immigration law in the U.S.

For some, reform means border security and enforcing "the rule of law" policies targeted towards people who immigrate to the U.S. without a valid visa (usually referred to as "illegal immigration").

For others, reform recognizes that there are very few pathways of entry into the United States, and the current law doesn't understand the dramatic changes in the global landscape (and those about to occur) that force people to migrate for both humanitarian and economic reasons.

All those people need to come together in Congress, where immigration law is made. But it doesn't always work out so well.

What Do the People Think?

Immigration is a battleground issue, but what's strange is that many policies aren't contentious among the American population. Over the last few years, Gallup polling has found that:

If Americans mainly believe that immigration is good and most are happy to have more immigrants, then why aren't there any new laws?

The Last Large Attempt at Congressional Immigration Reform Happened in 2006

The bipartisan consensus found among the public also occurred in Congress, too - until 2006.

In 2006, then-President George W. Bush wanted comprehensive immigration reform, but Congress didn't play ball. The Senate worked to provide legal help for undocumented people but the house wanted to punish them and their employers. The bills resulted in a backlash among Republican voters, which scuppered the form.

The combination of bills, protests, and pundits was the start of the colossal split seen today. It grew under President Obama, and it at its most evident under President Trump. However, the division now more affects the Republican party's fissures than a divide between Democrats and Republicans.

Immigration reform seems an elusive dream for both sides, though, those who want change in the sense of border security appear to be winning.

The funny thing about immigration in the U.S. is that the people are largely decided: they like immigrants and believe there should be viable pathways to working and living in the U.S. It's the Congress critters - not the people - who seem to stand in the way.

Are you looking for more on immigration news? Read this guide to the current immigration regulations in the U.S.